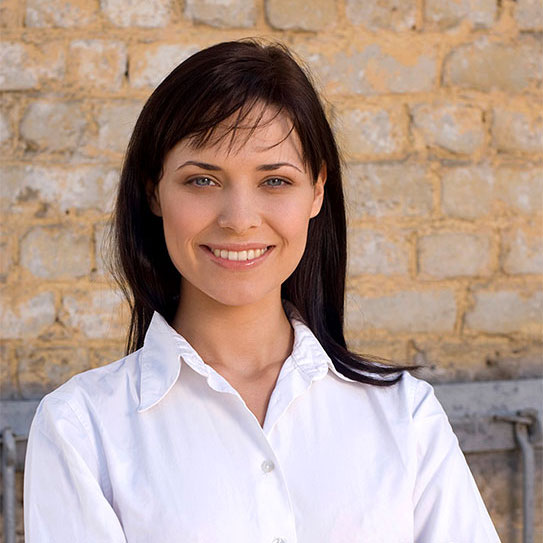 THE BAND STEELY DAN ONCE SANG about “Gold Teeth”—but more of us probably have silver in our teeth than gold.

Recently many patients have been asking about the difference between traditional “silver” fillings and the more modern tooth colored or “white” fillings. Here is a little history (we will try to make it fun!) and then some answers to the many questions people seem to be having.

Ancient dentists used materials as diverse as cork, turpentine, gum, lead and stone chips to restore decayed teeth. Then in China in 659 AD (long before they were making iPods and Nike tennis shoes) dentists began experimenting with using silver as a material to plug unwanted dental holes.

After experimenting with many formulations over the years, in the early 1800s a French dentist named Louis Regnart added mercury to the mix, creating the first version of the modern day silver filling, known as dental amalgam. The formula was so controversial that when it was first introduced in the United States by two other Frenchman known as The Crawcour Brothers, they were run out of the country!

Eventually the formula was perfected and it became the material still in use today which we typically call “silver fillings.” Most Americans who visit the dentist on a regular basis (especially those of us over thirty or so) have a few of these gems in our mouths.

Lately some groups have pointed out that mercury can be a very unhealthy thing to have in your body, and have actually called for all of these fillings to be removed! While it is true that in large quantities mercury is toxic, after extensive studies the American Dental Association has concluded that there are no significant health risks to using this time-tested material.

However, we feel it is important to point out two major differences between these traditional silver amalgam fillings and the more modern tooth colored materials.

A silver filling does not actually bond to the healthy tooth material; it is kept in place by placing the material using a wedge effect. So while it may do a good job of replacing a decayed area in your tooth, it also weakens the tooth and makes it more susceptible to cracks and fractures, often leading to more extensive treatment such as a crown which covers the tooth completely. For this reason, we are extra careful to check these fillings closely during your examination for any signs of breakdown.

On the other hand, a tooth colored filling (known as a “composite”) actually bonds to the healthy tooth and creates one big strong healthy tooth unit. 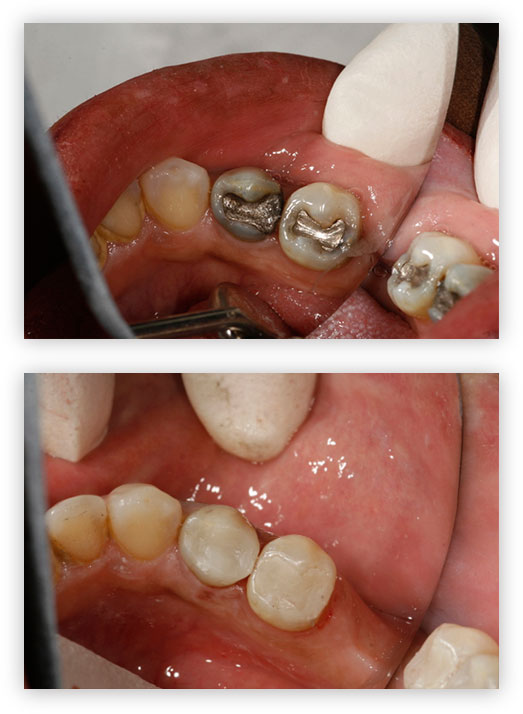 The other major difference is obvious – a composite filling is a beautiful almost invisible way to treat a decayed tooth while an amalgam filling looks like metal. Do you ever see a famous singer on TV open really wide to reveal a mouth full of silver? We see it all the time. (Of course we are dentally obsessed and may be looking much more closely than you!)

So keep brushing and flossing well, eating a healthy diet and getting regular dental visits, and maybe you will never have to worry about this!

But should you have a “cavity” – we will be glad to discuss all of the options with you and work together to figure out the best way to treat your individual situation. Our goal is to provide treatment which is strong and beautiful too! At Crossroads Dental Arts, we always want to recommend the absolute best options to suit your needs and keep your mouth healthy for the rest of your life.

Should you have any questions, or if you would like to schedule an appointment,please give us a call at 410-363-2121. We are here to help you!

Our team is very responsive. If we do not return your email immediately, please know that we may have not received it. For important matters, please call our office. E-mail is never a fully secure form of communication. If you prefer to share protected personal information, you may choose to contact us by phone.

No Insurance? No Problem!